3 Historical Women who paved the Way for Women Studying Medicine

History remembers women who reclaim the power of womanhood by breaking biases. They overcome social exclusion and obstacles of family, society, and patriarchy to actualize their potential. They create history and pave way for more such pathbreakers.  On International Women’s Day, we remember three fearless women who became trailblazers for women to study medicine, which predominantly was a male domain. 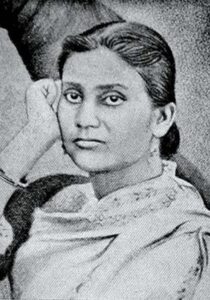 Well-behaved” women rarely make history. Dr Kadambini Ganguly is fondly remembered, to this day, as a revolutionary rebel. She dedicated her life to fighting for women’s education and rights, at a time when women were not allowed to have any other aspirations except raising a family. Dr Kadambini became the first female physician in India to be trained in western medicine and was one of the first working women. She did not let biases or societal norms prevent her from fulfilling her dreams. With the support of her husband, Dwarkanath Ganguly, who himself was a crusader of women´s emancipation and encouraged them to participate in every walk of life, she secured a seat for herself to study medicine. After obtaining her degree, she openly addressed Calcutta Medical College’s practice of not admitting female candidates, which led the university authorities to open their doors to all female students. She was also part of the first female delegation that helped secure voting rights for women. Although the journey was not easy, Dr Kadambini remained a working professional till her last breath and is still remembered for the incredible contributions she made towards this change. 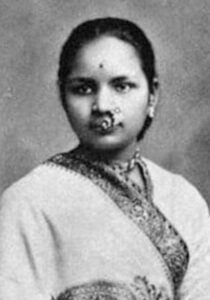 Driven by passion and purpose, Anandi Gopal Joshi, became the earliest pioneer for women’s healthcare in India. She overcame the barriers of caste and societal stigma to secure an education in medicine overseas at the tender age of 18. She wanted to change the sad truth that women, in most cases, due to the lack of female doctors, would rather die than take medical aid at the hands of a male physician. Her vision was to study medicine and set up a school of medicine in India for Indian women.

Although she actualized her dream of securing a medical degree, Anandi (22) succumbed to tuberculosis on 26th February 1887. She could not open the women’s medical college she’d envisioned or put her hard-earned knowledge into practice for too long. Her legacy, however, lives on. The Maharashtra government offers healthcare fellowships to women in her name to keep the memory of this Braveheart alive. 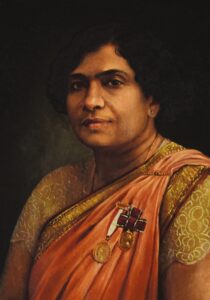 Born on 2nd August 1886, Dr Mary Poonen Lukose was the trailblazer that set the wheels of change in motion. She championed the message that gender is no measure of potential. She is accredited with many legendary accomplishments. She was the first woman from Kerala to graduate in medicine; first lady gynecologist of Thiruvananthapuram; first lady legislator; and the first lady surgeon general (in the world) among many other firsts. Although extremely bright, she was denied admission into medicine because of her gender. She, however, did not let this prevent her from following her dreams and moved to London to secure an MBBS, an MRCOG (gynecology and obstetrics), and training in Paediatrics. As early as 1920, Dr Lukose delivered modern-day Kerala’s first C-section baby and began training professional midwives with the support of Travancore’s Maharani Sethu Bai.

In 1924, when she was promoted to head the medical department, she undertook many revolutionary steps, including the establishment of training classes for local midwives. By 1929, this led to 1.6 million residents of the state, having access to modern medicine. She was appointed Surgeon General of Travancore in 1938 and was awarded the civilian honor of Padma Shri in 1975 by the Government of India. She inspired women across the country to overcome stereotypes.

History is made by women of courage who shatter stereotypes and inspire change. Happy International Women’s Day to all the brave women out there. May your tribe grow!